The Ray and Geotab conducted the initial analysis on two pilot corridors: a regional route along I-20 from Dallas, TX to Atlanta, GA, and a local route, from the Port of Savannah, GA, to at the Inner Port of Atlanta, Georgia. .

State DOTs are developing plans for electric vehicle charging infrastructure at 50-mile intervals along the US interstate system. With 70% of all U.S. freight moved by medium and heavy vehicles, which contribute nearly 24% of transportation greenhouse gas (GHG) emissions, fleet electrification will have a significant impact on emissions. total GHGs.

The Ray, using Geotab telematics, can help states and local governments determine the optimal locations and design of charging stations for passenger and freight vehicles. By looking at actual truck movement data, The Ray says it can also help determine where and what type of additional truck parking is needed for electrification.

“Our cooperation and data analytics with The Ray will support the strategic positioning of the charging infrastructure to help achieve the greatest likelihood of success from day one of deployment, which in turn will help accelerate adoption. electric freight vehicles,” said Charlotte Argue, Senior Fleet Manager. electrification at Geotab.

Geotab’s data analysis can be overlaid with The Ray’s road solar GIS tool to identify optimal locations for road solar development. By using the tools together, state DOTs have the ability to connect demand for high-power electric vehicle charging stations with potential solar power generation on the right-of-way (ROW).

“The results from our pilot corridors underscore the need for data from additional corridors across the country to prepare states for success,” says Allie Kelly, executive director of The Ray. “Geotab’s telematics technology, combined with The Ray’s solar mapping tool, will help transport planners get a head start in developing infrastructure how and where it’s needed most. , and determining which locations are optimal for co-locating EV charging and solar power in rows at roadsides. 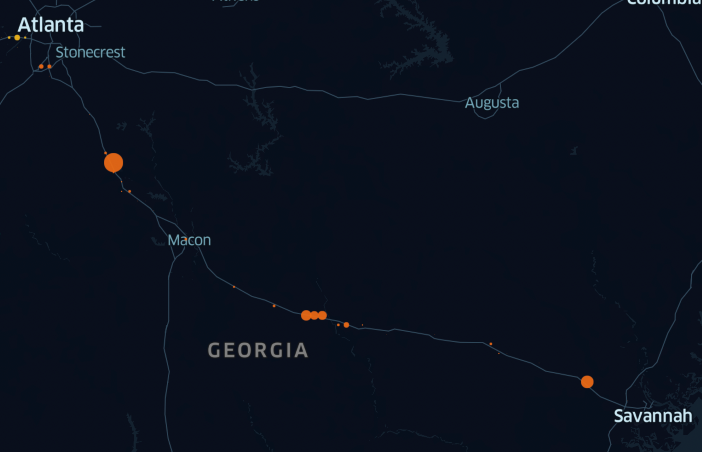 The recently passed bipartisan Federal Infrastructure Act will begin funding historic infrastructure investments to support advanced transportation, including US$5 billion for electrification and US$2.5 billion for alternative low- or zero-fuels. carbon.

The Ray is a 501(c)(3) non-profit charity and net-zero highway test bed, located 18 miles off Interstate 85 between LaGrange, Georgia and the Georgia state line -Alabama.